Yes, Kim Davis Is Being Persecuted

Yesterday, Judge David L. Bunning ruled that Davis was a dangerous criminal who needed to be put behind bars. After sentencing her to serve time in jail, cheers went up outside the court house, rainbow flags waved in the air, and gay men celebrated outside the clerk's office by making out. None of that was sensationalized or exaggerated. Davis was yelled at and spat upon as she was ushered past the crowd. "Love wins!" my foot.

Folks, it has been said to us that this was coming. None of this should take us by surprise. We read in 2 Timothy 3:12, "Indeed, all who desire to live a godly life in Christ Jesus will be persecuted." There's no "if" about it: by standing on godly principles, you will be persecuted for it, some even put in jail as Kim Davis has been.

Consider something shared by evangelist Paul Washer in the previous decade: "The church in America is going to suffer so terribly. We laugh now, but they will come after us and they will come after our children. They will close the net around us while we are playing soccer mom and soccer dad, while we are arguing over so many little things and mesmerized by so many little trinkets. The net even now is closing around you and your children and your grandchildren and it does not cause you to fear.

"You will be isolated from society as has already happened. Anyone who tries to run for office who actually believes the Bible will be considered a lunatic until finally we are silenced. We will be called things we are not and persecuted not for being followers of Christ but for being radical fundamentalists who do not know the true way of Christ which of course is 'love' and 'tolerance.' You'll go down as the greatest bigots and haters of mankind in history.

"They've already come after your children, and for most of you they got them. They got them through the public schools and indoctrination and the university and indoctrination and then you wonder why your children come out not serving the Lord. It's because you fed them right into the devil's mouth. So little by little the net is closing around, and then it's not little by little. Look how fast things are going downhill just in a matter of weeks.

"But at the same time, know this: Persecution is always meant for evil, but God always means it for good. And is it not better to suffer in this life to have an extra weight of glory in heaven? You must settle this in your mind, this is the one thing I want to say over and over.

"Down through history, you have a wrong idea of martyrdom and persecution. You think that these men were persecuted and martyred for their sincere faith in Jesus Christ. That was the real reason, but no one heard that publicly. They were martyred and they were persecuted as enemies of the state, as child molesters, as bigots, as narrow-minded stupid people who had fallen for a ruse and could contribute nothing to society.

"Your suffering will not be noble, so your mind must be filled with the word of God when all people persecute you and turn on you. And then the Spirit of God and common grace pulls back and you see even your children and grandchildren tossing in the lot that you should die. This is no game. You want revival and awakening, but know this: for the most part, great awakenings have come only preceding great national catastrophes of the persecution of the church.

"I believe God is bringing a great awakening, but I believe that he is raising up young men who are strong in trust in the providence of God to be able to wade through the hell that is going to break loose on us, and it will be on us before we can even recognize it -- unless, in God's providence, he is not done.

"This is not silly talk. Apart from a great awakening, these things are going to come upon you. Be ready to lose your homes and your cars and everything."

So you can stand on the side shouting down Kim Davis for "not doing her job." Or you can stand with Christ. A day will come when he will judge the living and the dead. Those who by the power of his Spirit remained obedient to his word, he will welcome into his eternal kingdom. But those who did not love his own and obey his word will be under the wrath of God, cast into eternal fire (Matthew 25:46, John 3:36).

Beloved, do not imitate evil, but imitate good. Whoever does good is from God. Whoever does evil has not seen God (3 John 1:11). Pray for Kim Davis. May we be as bold to follow the convictions of God as she is.

Oh, and in case the word of God has not been enough to convince you, though it should be, perhaps this will blow your mind: Kim Davis actually isn't breaking the law. She's an innocent woman, jailed though she has not even broken the law of the land. 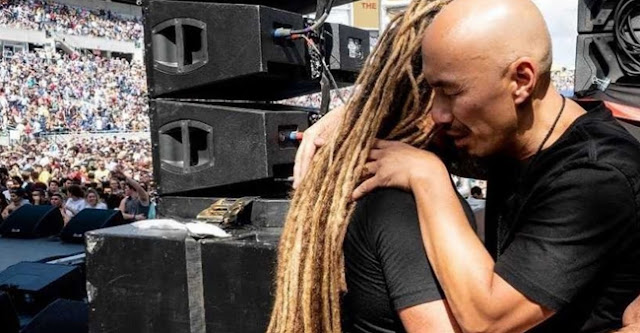